Let's create your own game that runs on PC and Smartphone 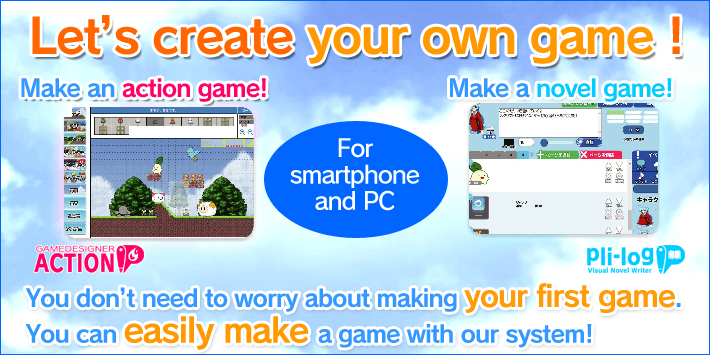 The game distributing service "PLiCy" lets you not only play games but also
create your own games!
Publish the game you made, and let other people play the game!
You can easily create even an action game which seems difficult to make, and can play it in smartphone too!
Of course you can play it on any PC!
Let’s make a game in PLiCy and let everyone play your game on a smartphone!


You can put the game on a blog and play it!

I can make a game easily even the first time!！

You don’t need to worry about making your first game.
You can easily make a game with our system!

If you want to create an action game, use Game Designer Action!
You can make a game without login!

If you want to create a role playing game, use Game Designer World!
You can make a game without login!

To create a novel game, you must have Twitter Link or login